Since the beginning of time, music has been synonymous with the musician’s imagination. It often translates or transcends the very wide spectrum of the human psyche, making it hard for people to not be drawn towards it… Or at least that’s how I felt during The Coffin Daggers stay at MetroSonic! 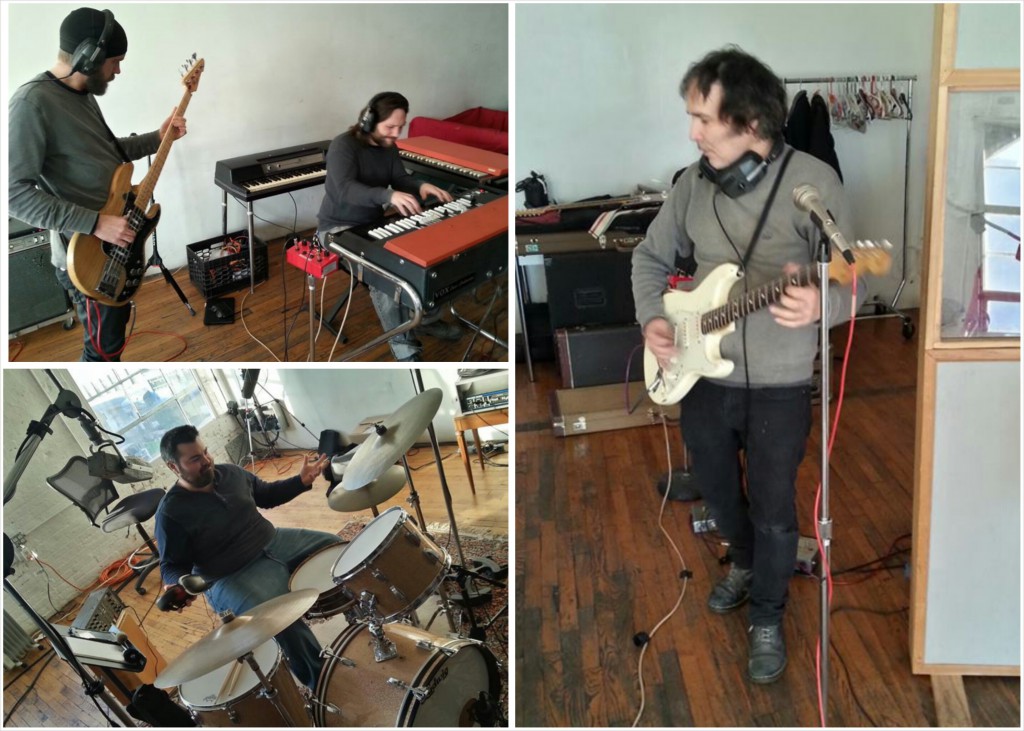 Hailing straight out of New York, The Coffin Daggers are Viktor Venom – guitar; Rob Morrison – keyboards & guitar, Peter Klarnet – Bass, and Pete Martinez -Drums, who all aim to rejuvenate the iconic Surf Punk genre with a psychedelic twist. With their sound resembling something out of a Quentin Tarantino soundtrack mixed in with your local Freak Show Circus, The Coffin Daggers were the perfect subjects for the all analog live recordings that we love to do. The combination of their live performance, classic equipment, and recording straight to tape truly captures the essence of this band’s dynamic sound. From playback of the very first takes, it was clear to see (or hear) how their music truly benefits from an all analog production process.

I was lucky enough to have a chat with Viktor himself about everything that was put into the creative ideas for this album:

Adam: One of the things we noticed about your setup was that the Fender Amp you use has its own built in Spring Reverb, but you bring in a separate Fender Spring Reverb Tank to track with. What was the reasoning behind that?

Viktor: A lot of people ask that question. The Reverb Tank is much more intense than the amp’s reverb. With the amp’s reverb you could only control the intensity, on the Spring Reverb Tank you can control much more of it’s sound like the dwell and the tone. It’s also tube driven, so it gives the sound a little bit more of a kick but not enough to cause any sort of distortion. It’s just a much more lusher deeper reverb…. and plus you could just kick it to make it work 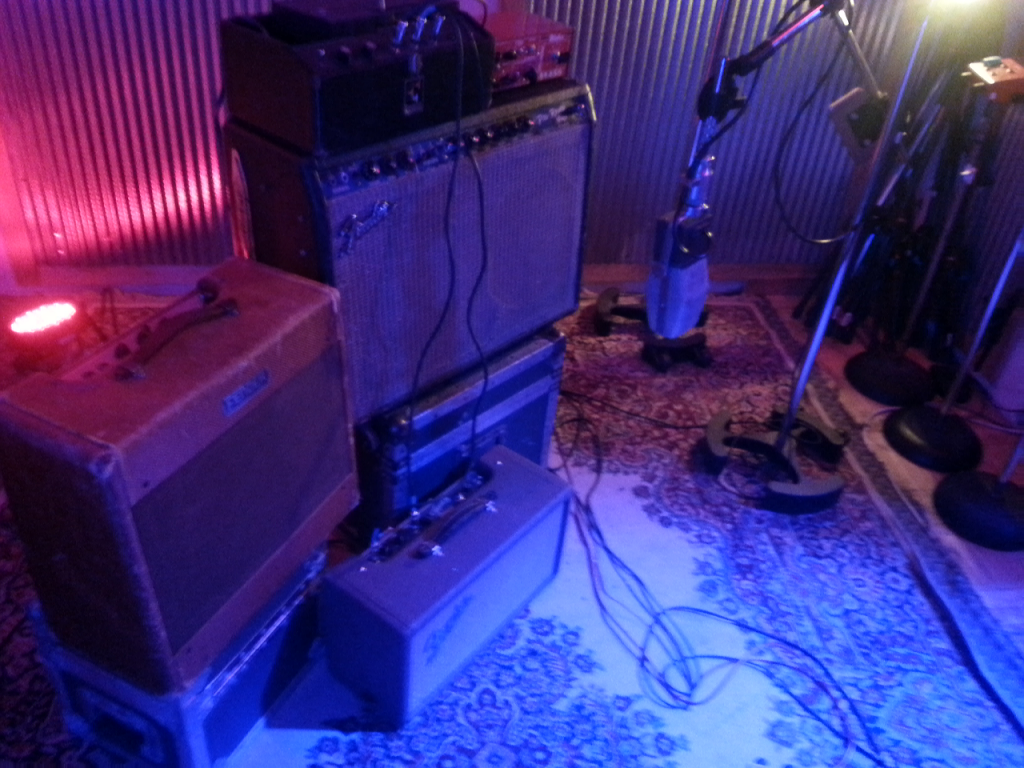 A: How did this deal with Cleopatra Records come along? 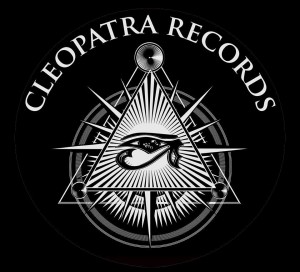 V: Kinda just came through the back door. I was in this punk band with Fred Armisan (SNL/Portlandia) and a guy that actually just recently passed away in the early 80’s [called The KGB]; it was a three piece band and we recorded a demo back in the day. The guy that passed away was friends with someone we grew up with and known when we were about 14 that now works at Cleopatra, but I didn’t know that. The two of them managed to hook up this deal before he died to put out that demo we did. It was mentioned to me but nothing was set in stone at the time and months went by and one day I saw an advertisement for the demo and it was kind of weird because I haven’t signed anything or received anything, so I wrote an email to the company asking questions and letting them know that I was on that recording. When I got a reply back it ended up being from the mutual friend we knew and we ended up ironing everything out and got on the subject of the new band I was involved with, Coffin Daggers, and he told me to send him some stuff. They ended up being interested. We were promoting and releasing our music by our selves for too long and that’s fine, but to move forward you need some backing. 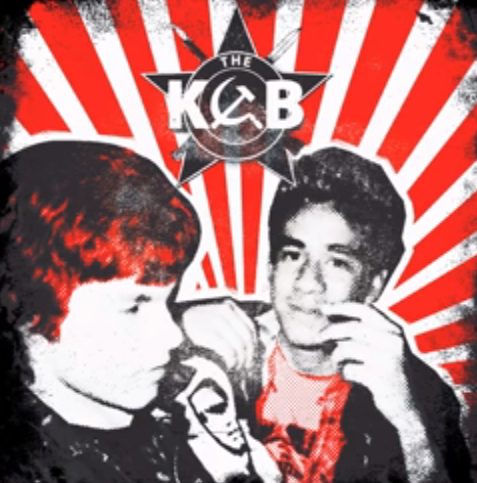 V: Yeah and that’s the thing, we went to Europe a couple of times and it was really cool because since there’s no vocalist the band doesn’t have any sort of a language barrier; people just get it. They don’t need to understand any lyrics, they just need to listen. Our music seems to be universal; sometimes we’ll play gigs and there will be some 18 year old Punk kid going off and enjoying himself, but there will also be some 60 year old man sitting down that will be completely enjoying the music just as much as the 18 year old.

A: Is having that sort of mass appeal what inspired the sound of the coffin daggers?

V: Nah, it was more or less that I got sick of what I was doing before this band. I was playing in an English Punk band and at one point I was deported to France. I knew people in Holland and I ended up living there for 3 years. While I was there, I didn’t have my band anymore so I wasn’t even playing music until I ended up seeing Dick Dale play in Amsterdam and that really inspired me. It reminded me what I love about playing the guitar; the sounds you could make. It sorta opened up this whole new world; it felt like learning how to play the guitar again.

A: How would you describe the type of music you’re making now?

V: I would describe it as ‘Surf’ because that what it resembles closest, but people will ask and when I reply with “Surf” they think, “oh, like the Beach Boys?” and I have to tell them, “No, it’s more like the music from Pulp Fiction.” and then they usually understand.

A: Was the music from something like Pulp Fiction what inspired this band?

V: Well, I was always into that type of music. The music from the shows that were on TV while I was growing up like the original Batman, Get Smart, Star Trek, The Munsters; all that music truly go ingrained in me, so it was just natural to make it because I loved it.

A: Do you know what you’ll be naming this album?

V: It’ll be called Aggravating Rhythms. That’s usually how I work. I find a title for something and the music just flows from that because the hardest thing is just to get started, but once you got the base of the idea everything just falls into place.

A: It’s funny that you say that because when you guys came into MetroSonic, we could tell that you all knew exactly what you wanted from your sound.

V: That’s the thing; it’s so easy now to fix things after recording to make people sound good. There are bands that sound great on record but then when you go see them live they can’t reproduce their sound. I always think that whatever we do, I will always want us to be able to reasonably reproduce it live. What you hear from us on a record is what you’ll get from us live. There’s no reason to overly process shit. It’s the only way I know how to record.

A: Was that the reason you guys choose to come here for this album?

V: Yea, we were looking for a place that had the right space and gear. I just know what I’m comfortable with and honestly I’m very pleased. 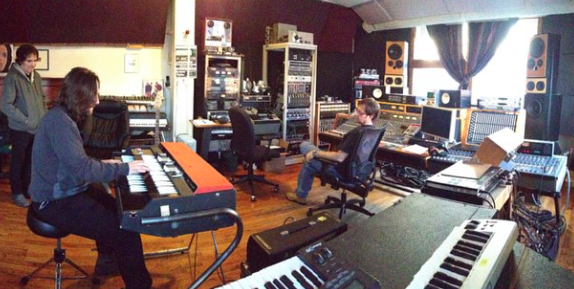 The Coffin Daggers were not only a true pleasure to work with, but also a real treat to listen to. Be sure to check them out (Facebook / Twitter / Youtube) and don’t forget to stop by here for future updates on their inspiring project!