The Hypnotic Brass Ensemble was in the studio earlier this week working on a few new recordings. Originally from Chicago, IL, the group relocated to New York a few years ago. Since forming in 1999, HBE has released 5 original LP’s, toured worldwide and just recently had their song “War” chosen for the score of the 2012 Lionsgate movie “The Hunger Games“, not to mention they’ve performed live onstage with De La Soul, Tony Allen, and the artist formerly known as Prince.

Wow. If it felt like a family get-together when HBE was in, it’s because it actually was. Seven of the groups eight members are brothers and are the seven youngest sons of famed Sun Ra Arkestra trumpeter Kelan Phil Cohran. Mr. Cohran taught his sons from a very young age and their experience really shines in the studio.

Their credits (and talent) go on and on and we couldn’t be more proud to have them at Metrosonic. Stay tuned for updates… 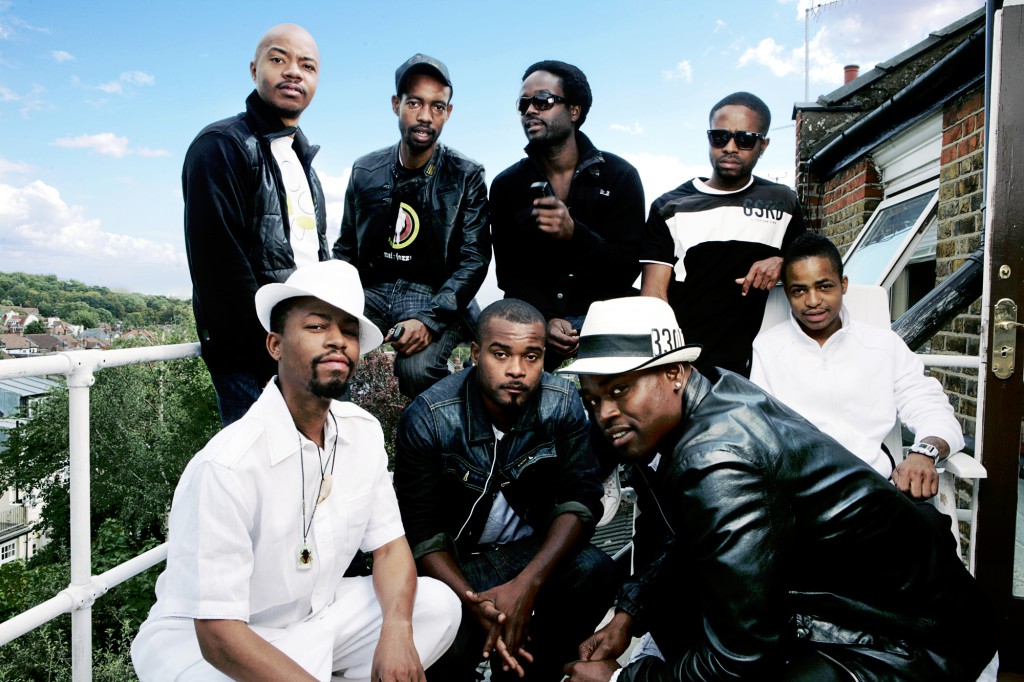