In the best analog recordings, the texture and dynamics connect with listeners on a visceral level. The discrete signal path in an all-analog studio has a distinct sound, but what listeners hear is just as much about the engineer as it is the electronics. “There are very specific production techniques that are imposed on you,” says Mignola. Endless tracks and edits aren’t available, so conscious decisions have to be made through the process: Was it a good take? Can any tracks be merged and consolidated? What is the exact edit or effect that’s needed? These parameters, and the decisions they guide, give the backbone of the analog sound.

“Though the shift to digital in the recording industry has happened in the last quarter century, Mignola’s profession has always involved keeping up with technological innovation.”  ““At the end of the day, I believe more than anything else, what people are really hearing is the production aesthetic,” say Mignola. “Right from the beginning you have to know what you’re doing with your project,” he says. “You have to be able to play from the beginning of the song to the end of the song.” When musicians record in an analog medium, they have to have their craft together. Tape is expensive, and artists can’t rely on endless edits.” “Analog for me makes sense because I understand how tubes work and how tape works, and I can manipulate it and fix it and work with it. It’s friendly to me,”

You can read the entire Gear Patrol article here. 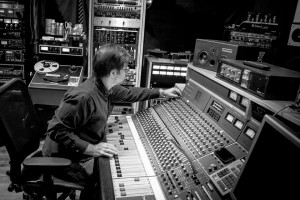